The Mogao Caves Virtual Tour, produced by the Wyatt Design Group and written by Larry Tuch, is a prototype of a digital theater presentation for a proposed visitor center at the Mogao Caves. Located southeast of Dunhuang, a historic city on China’s fabled Silk Road, the Mogao cave complex is a UNESCO World Heritage Site, acclaimed as the “…most richly endowed, and longest-used treasure house of Buddhist art in the world.” The caves’ murals and sculptures represent the evolution of Buddhist art  between the 4th and 14th centuries. 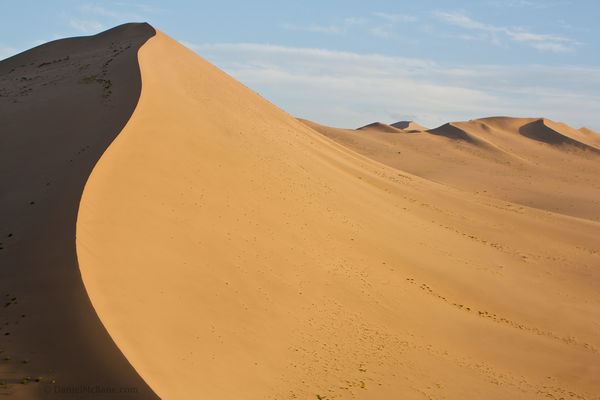 “There is a place where winds sweep
over the legendary Silk Road and whip the nearby dunes with a force that produces a kind of music. Here, at the edge of dunes known as the “Singing Sands,” lie the Mogao Grottoes, a treasure house of ancient Buddhist cave shrines.”
⏤ Excerpt from the virtual cave tour

The Virtual Tour was designed to allow docents to lead virtual reality tours of selected caves and their artworks. To produce a full-scale prototype of the tour, the Wyatt Design Group utilized digital photography and employed the technical expertise of Pixel Play Studios and Edwards Technologies for imaging and projection. The result was a vivid and navigable re-creation of the cave interiors – a model for future presentations In the visitor center’s six large-screen digital theaters

Northwestern University, under a grant from the Mellon Foundation